The Kingdom of Bhutan is located in the south of Asia and is a landlocked country on the southern slope of the eastern section of the Himalayas. The country is bordered by China in the north, northeast and northwest and is bordered by India's Sikkim and West Bengal in the west and south.

Bhutan is geopolitically in South Asia and is the region's second least populous nation after the Maldives. Thimphu is its capital and largest city, while Phuntsholing is its financial center.

The country's landscape ranges from lush subtropical plains in the south to the sub-alpine Himalayan mountains in the north, where there are peaks in excess of 7,000 meters (23,000 ft). Gangkhar Puensum is the highest peak in Bhutan, and it may also be the highest unclimbed mountain in the world. The wildlife of Bhutan is notable for its diversity.

This Map of Bhutan can guide your travel in Bhutan. 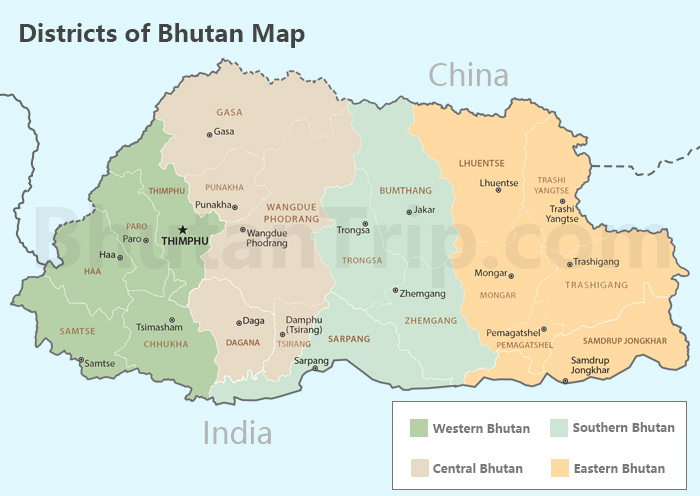 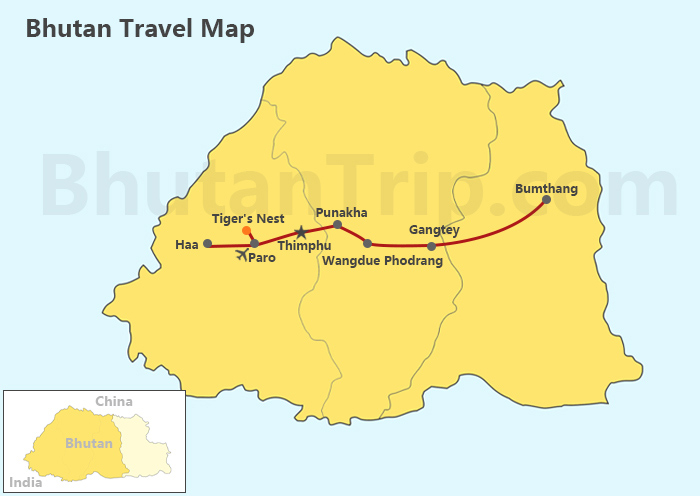