Bhutan's climate is as varied as its altitudes and, like India's, is affected by monsoons. Western Bhutan is particularly affected by monsoons that bring between 60 and 90 percent of the region's rainfall. The climate is humid and subtropical in the southern plains and foothills, temperate in the inner Himalayan valleys of the southern and central regions, and cold in the north, with year-round snow on the main Himalayan summits.

Temperatures vary according to elevation. Temperatures in Thimphu, located at 2,200 meters (7,218 ft) above sea level in west-central Bhutan, range from approximately 15 to 26 °C (59.0 to 78.8 °F) during the monsoon season of June through September but drop to between about −4 and 16 °C (24.8 and 60.8 °F) in January. Most of the central portion of the country experiences a cool, temperate climate year-round. In the south, a hot, humid climate helps maintain a fairly even temperature range of between 15 and 30 °C (59 and 86 °F) year-round, although temperatures sometimes reach 40 °C (104 °F) in the valleys during the summer.

Annual precipitation ranges widely in various parts of the country. In the severe climate of the north, there is only about 40 millimeters (1.6 in) of annual precipitation—primarily snow. In the temperate central regions, a yearly average of around 1,000 millimeters (39.4 in) is more common, and 7,800 millimeters (307.1 in) per year has been registered at some locations in the humid, subtropical south, ensuring the thick tropical forest, or savanna. Thimphu experiences dry winter months (December through February) and almost no precipitation until March, when rainfall averages 20 millimeters (0.79 in) a month and increases steadily thereafter to a high of 220 millimeters (8.7 in) in August for a total annual rainfall of nearly 650 millimeters (25.6 in).

Bhutan's generally dry spring starts in early March and lasts until mid-April. Summer weather commences in mid-April with occasional showers and continues through the pre-monsoon rains of late June. The summer monsoon lasts from late June through late September with heavy rains from the southwest. The monsoon weather, blocked from its northward progress by the Himalayas, brings heavy rains, high humidity, flash floods and landslides, and numerous misty, overcast days. Autumn, from late September or early October to late November, follows the rainy season. It is characterized by bright, sunny days and some early snowfalls at higher elevations. From late November until March, winter sets in, with frost throughout much of the country and snowfall common above elevations of 3,000 meters (9,843 ft). The winter northeast monsoon brings gale-force winds down through high mountain passes.

Bhutan Weather from January to December 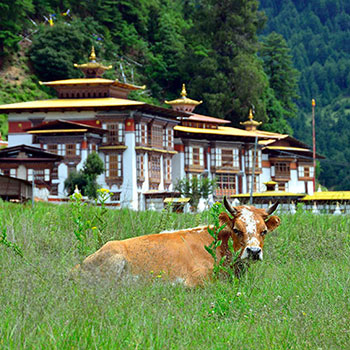 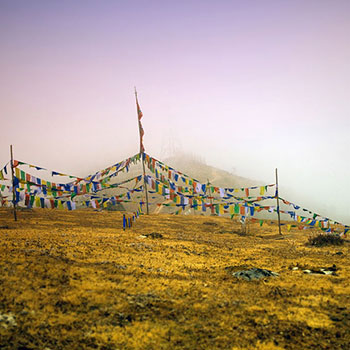 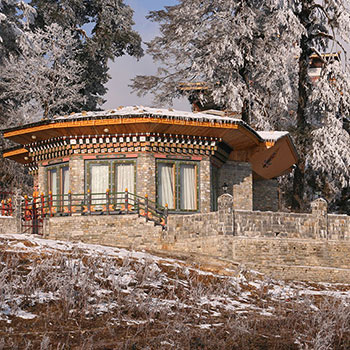