Wangdue Phodrang Dzong overlooks the convergence of the Dangchhu and Punatsangchhu.

When Zhabdrung Ngawang Namgyel was in Chimi Lhakhang at Punakha, an old cripple approached him and told him that if he built a dzong in Wangdue Phodrang on a ridge that resembled a sleeping elephant, he would unite the country. Zhabdrung concluded that the old man was Yeshey Goenpo (Mahakala) and sent a noble to study the location. The noble reported that he saw four ravens circling the ridge, which flew away in four different directions when he approached. Taking this to be a good omen, Zhabdrung constructed the dzong in 1638.

The dzong was burnt down by a fire in June 2012. However, as the dzong was being renovated at the time of the fire, most of the historic relics had been put into storage and so were saved from destruction. 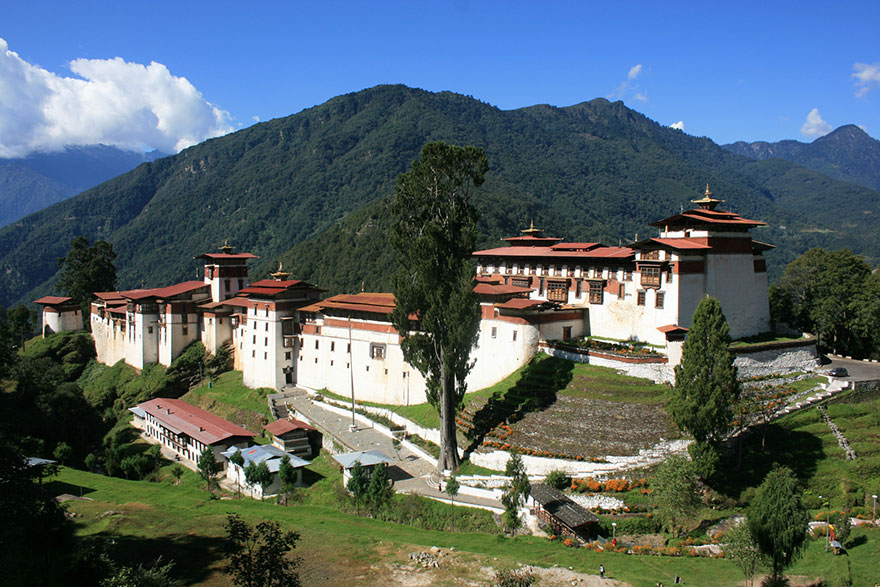 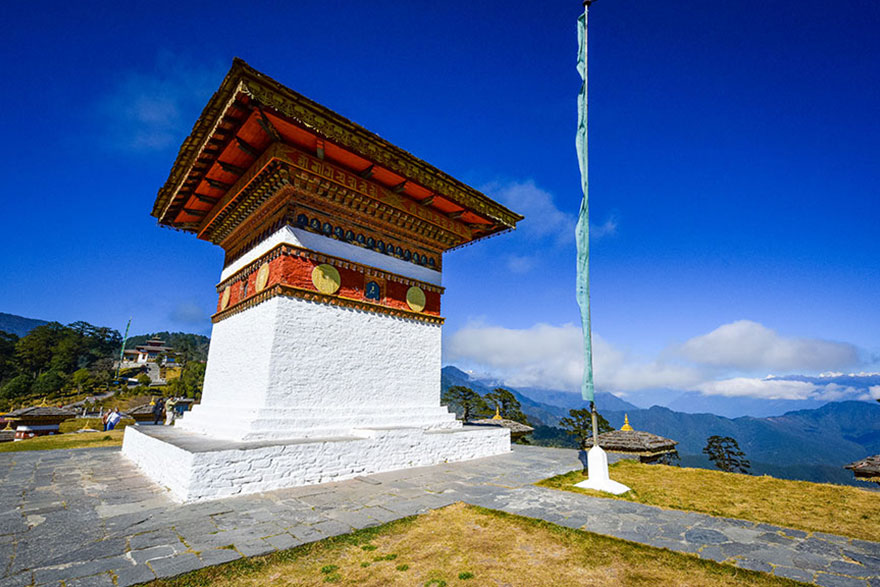