Archery is the national sport of Bhutan. Archery was declared the national sport in 1971, when Bhutan became a member of the United Nations. Since then, the popularity of Bhutanese archery has increased both inside and outside Bhutan, with a measure of government promotion. Bhutan also maintains an Olympic archery team. Previously, competitions were held only at dzongkhag and gewog levels, however modernly, archery tournaments and competitions are held throughout the country. Archery is played during religious and secular public holidays in Bhutan, local festivals (tsechu), between public ministries and departments, and between the dzonkhag and the regional teams. Archery tournaments and performances have also become a significant point of interest for tourism in Bhutan.

Archery in Bhutan is culturally distinctive because it is a martial art practiced among a modern population that abhors killing. Bhutanese people from different social strata find archery one of the most enjoyable sports, being both fun and physical exercise. In addition, archery builds concentration, which contributes to mental development; according to a Bhutanese proverb, both sailing and archery require intelligence. Archery in Bhutan is a way of socialization, communication, and development of relations between people. Emotions run high during competitions, and support for archers and ridicule or distraction of opponents can become as violent as in other countries' sporting events.

The distance to the target is about 145 meters (476 ft). The relatively small targets are cut from wood and brightly painted, usually measuring about 3 feet (91 cm) tall and 11 inches (28 cm) wide. Bullseyes are called karay. Traditionally, Bhutanese bows are made of bamboo, and arrows from bamboo or reeds, fletched with feather vanes. Arrows may be painted and tipped with metal arrowheads. 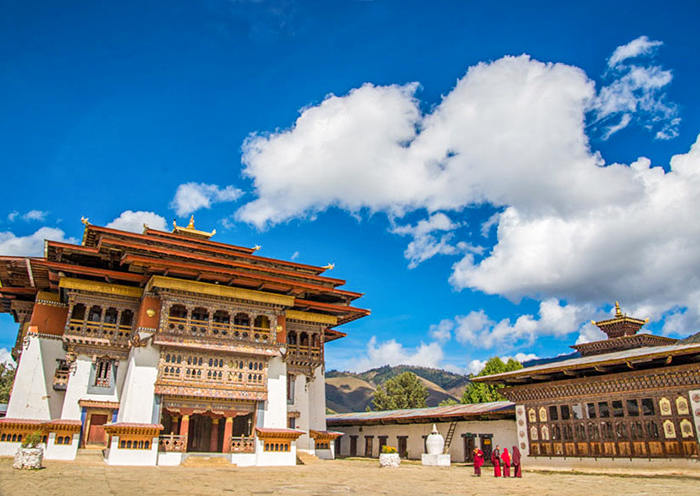